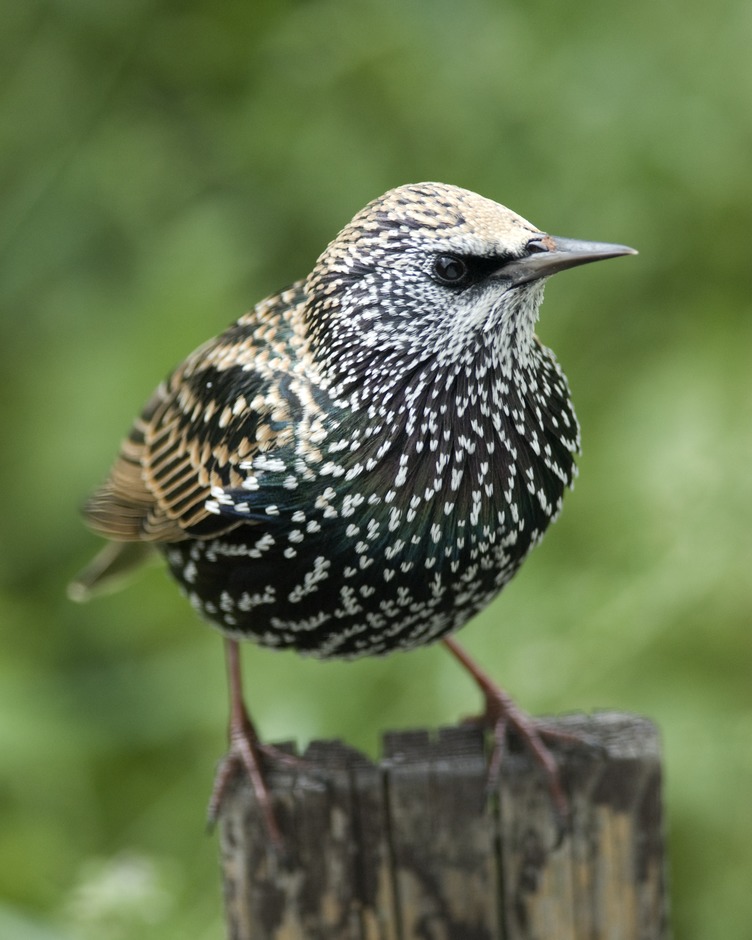 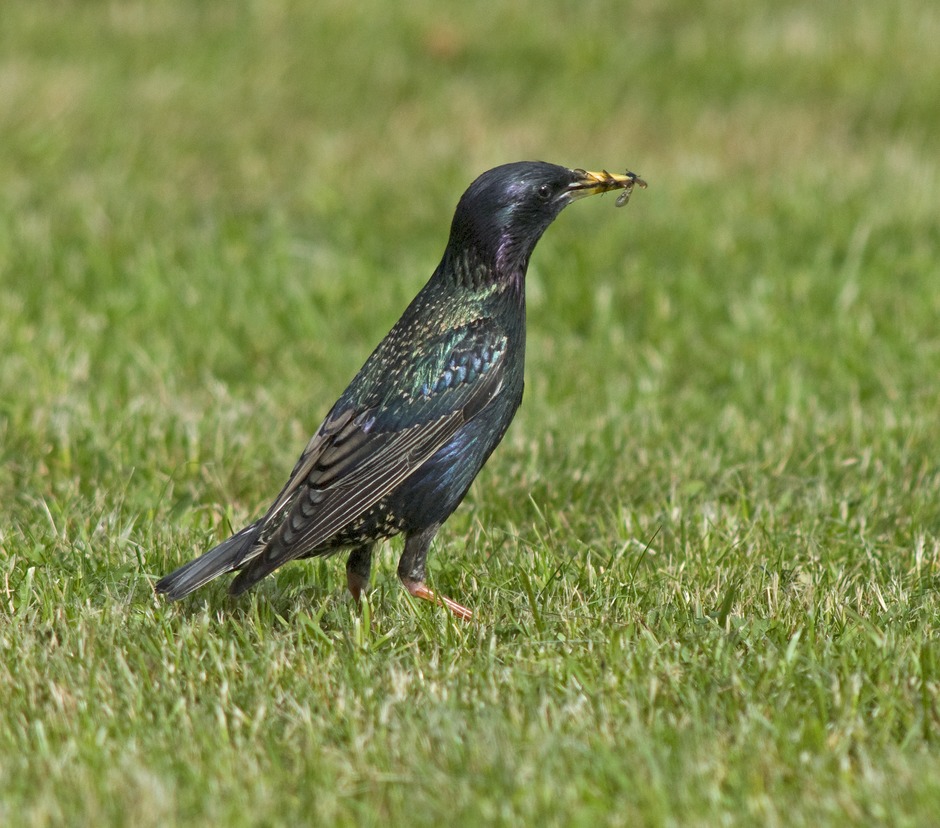 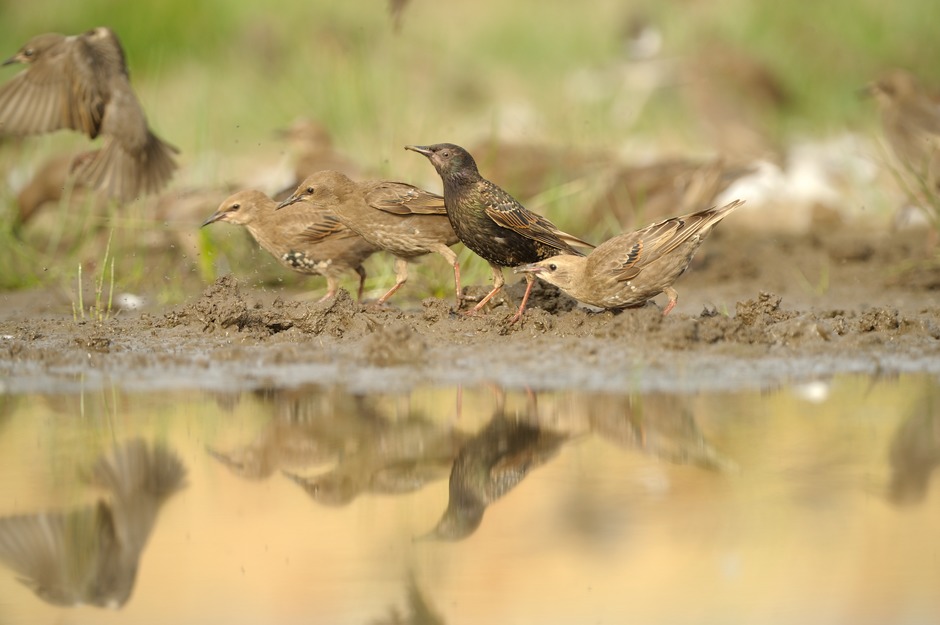 Common starling (Sturnus vulgaris) is the sole representative of the Sturnidae family in the Czech Republic. It is slightly smaller than a blackbird. The male’s ‘wedding attire’ is black with metallic green and purple gloss. In the Czech Republic it occurs regularly and evenly, and in places rather numerously (especially in lowlands and uplands). For nesting it uses light and sparse deciduous forests or groups of trees with hollow trunks near open areas, especially meadows and pastures. In the case of a lack of nesting sites it also occupies cavities in the forests. It is happy to take nest boxes. Thanks to bird box hanging it inhabits gardens and parks abundantly, even in the centre of big cities. After leaving the nest it resides in orchards, fields, or vineyards, and spends the night collectively, mostly in pond reeds, less often in trees. Common starling only defends its nesting cavity, not its food sources. Consequently, more pairs may nest together in appropriate places with sufficient nesting opportunities and form breeding colonies. A nest consists of fine twigs, bark, roots and straw; a nesting hole is lined with fine grass blades, hair, feathers, etc. Most commonly, starlings start nesting in early April. They nest once or twice a season. Females lay light blue eggs with a greenish tinge. It lays eggs on a daily basis, incubation starts after laying the last egg. Both parents share the responsibility of brooding the eggs. Starlings usually raise four to five chicks during one nesting. The diet is varied – plants and animals, with distinct seasonal changes. At the beginning of the nesting season it feeds exclusively on animals, later its food contains more and more plant components. In animal food, the most often represented are beetles, especially Carabidae (ground beetles) and Curculionidae (weevils), and also Hymenoptera, Diptera and butterflies. From plant food they mostly use fleshy fruits – in our country cherries, elderberries and grapes. Seasonal changes affect the ripening of the different fruits.